I kept waking my last night up there, but not because of noises outside camp, as the forest was still and calm and the sky clear.

Rather it was powerful dreams that kept breaking my sleep, after which I would stare out of the tent flap at the thousands of stars and the milky way. Occasionally a flash of light from a far off thunderstorm would brighten the sky. Once a shooting star descended into my view from the heavens.

Those dreams I had are dear and sacred, and it is possible they resulted from where I was - camped in solitude in a high Montana valley just below timberline, on a high point overlooking a mountain lake, in a place that is darn near the same as it has been for centuries.

I am drawn to such locations - to higher ground so to speak, because of the enrichment that is found there. I stay long enough that the valley view becomes familiar, the best path to the lake for water becomes second nature, and I learn where the sun will break over the hills each morning, to turn the peaks red then yellow and warming the mountain morning. I stay long enough that it starts to feel like my ridge.

I came across some tracks about a quarter mile from camp that were evidence that this upper valley was home to at least one Grizzly, who walked through the mud into a pond, leaving prints that looked to be only hours old. I made note of the direction he came from, and made sure to stay clear of those woods of thick Whitebark Pine, out of safety and respect. Those tracks were a pretty clear reminder that no matter what I thought about it being my ridge, a predator that I would yield to in a second was pretty close at hand.

You can be sure that before I left that ridge I offered a prayer of thanks for the goodness I feel in the mountains, for a sense of the mystery and beauty and sacred that I receive during these wilderness journeys. On that last morning my prayer was of blessing as well as gratitude, for my loved ones back at home, for the companionship of my border collies who maintain such an attentiveness in the mountains, coming from their love and passion for wild country. I am not alone with Ben and Maggie always beside me looking out from the mountain heights

And in my prayer I acknowledged how short this life is, and that I know one day I will stand before the Creator in a similar manner, before the wonder of the next life that I am inclined to believe will be somehow like the beauty of the peaks and forests and valleys I saw beyond that ridge. 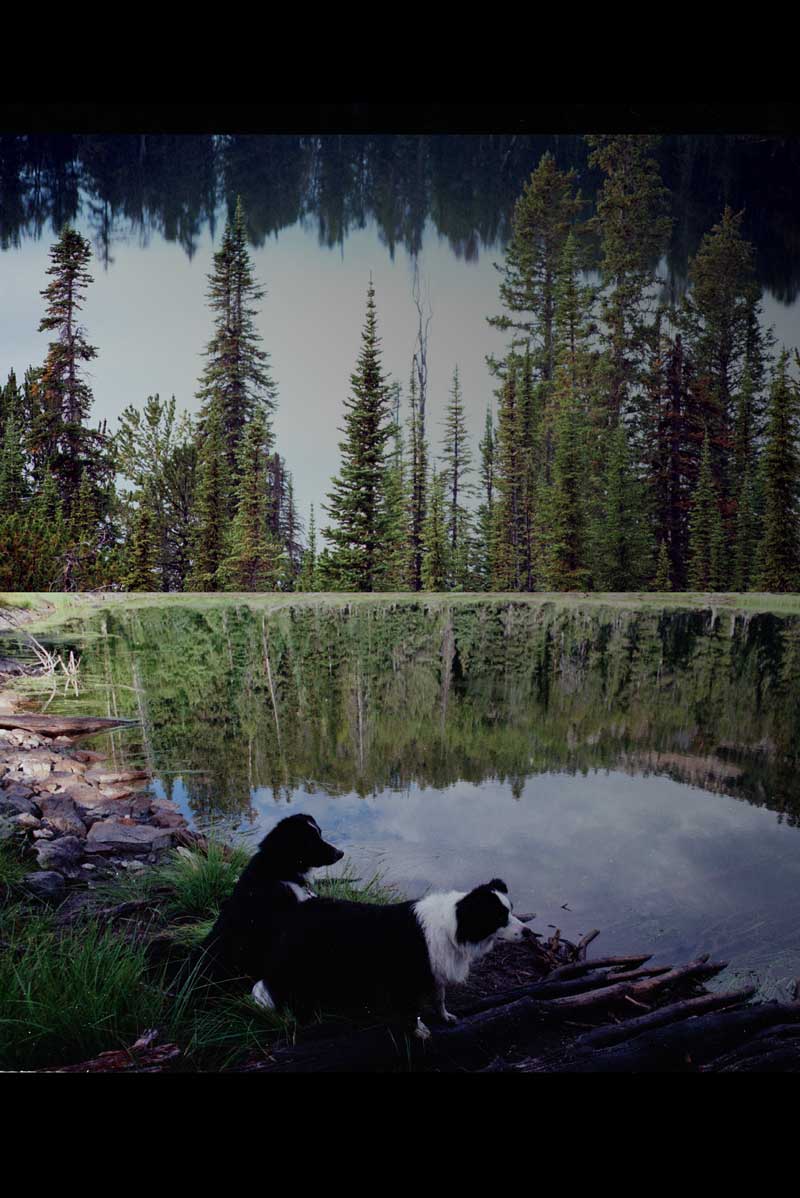